You can find many more Alphabet Activities here.

This is one of my prekinders favorite letter identification activities every year. To prepare this game, I cut copy paper or newsprint paper in half, and write letters on several pieces. I make enough papers for each child, plus one or two extra. I make a line with masking tape on the floor and place the trash can about 4 feet away. As each child has a turn, I tell them which letter to find. They pick up the letter, crumble the paper into a ball, and stand on the tape to toss it into the trash can. If they miss, they get as many chances as needed to get the “ball” in the basket and can move closer if needed. We always cheer when they make it in the basket! This game could also be played with alphabet bean bags if you have them.

Write pairs of letters on sticker dots and place them on the bottom of several Hershey’s Kisses. For my Pre-K kids, I usually put out about 5-10 pairs of letters at a time. Children take turns lifting two Kisses at a time. If the letters match, they keep those Kisses. If they do not match, they have to put them back. At the end of the game, all of the Kisses are put in the middle of the table, and children can choose about 3 pieces to eat. We use this game to practice matching uppercase to uppercase letters, lowercase to lowercase, or uppercase to lowercase, depending on what we are working on.

Label each rhythm instrument with a letter. An easy way to make instruments is to put rice inside a plastic Easter egg, and hot glue it closed. We sing the traditional Alphabet Song, or another alphabet song, such as Dr. Jean’s “The Alphabet’s in My Mouth” or “Who Let the Letters Out”, or Jack Hartmann’s “Animal Alphabet Cheer”. Children shake their letter shakers only when they hear their letter called out in the song.

Children choose any 10 letters from the letter manipulatives (use foam letters, magnetic letters, letter tiles or other letter manipulatives). Go through a stack of shuffled letter cards, calling out each letter to the children. As the letters are called out, children look to see if they have that letter, and if they do, the letter is put back in the letter basket. We see who is first to clear all of their letters. It’s very similar to a bingo game. In Pre-K, we play until everyone has cleared all of their letters because our goal is learning letters, not competition with the little ones.
*To teach letter sounds: Call out a word and have children identify the first letter of the word.

I found this divided tray in a kitchen store. I labeled each section by writing a letter on a sticker dot and placing the matching foam letters in each section of the tray. I placed the letters in a bowl and children sorted and matched the letters into the sections of the tray. When I want to change out the letters in the tray, I just remove the sticker dots and add new ones. I usually try to use letters that are similar, so that children are challenged and use visual discrimination skills to find the differences in the letters. For example, I might use Q, O, D, C, and G since those letters are similar in shape, or I, T, J, or W, V, U.

Label a craft storage box with letter stickers. Children sort letter manipulatives into the sections of the box. These are magnetic letter tiles in the picture.

Children work in pairs to match the uppercase and lowercase foam or magnetic letters that are the same. You could also use purchased or handmade letter tiles.

Write about ten letters on a piece of paper for each child. Put the same ten letters in a bowl or bag, and pass it around the table. Each child has a turn to pull a letter out of the bowl or bag, and announce the letter to the group. Children find the letter on their paper and stamp it out with a rubber stamp.
Other ways we play this game:

Each child looks for the letter the teacher calls out on their bingo card. If they have it, they cover it. Play until a card is full.

Children take turns scooping up a letter from a bowl with a spoon or soup ladle. The child identifies the letter, and walks around the room searching for the letter somewhere in the classroom.
*To teach letter sounds: Children search for an object in the room that begins with that letter.

Children squeeze the clothespins and clip them to the sides of the box. I wrote letters on dot stickers and placed the dot stickers around the sides of the boxes. I wrote letters on the clothespins so the children would match the letters on the clothespins to the letters on the boxes. This is similar to activities where children clip clothespins to a paper plate or cardstock circle; however, in my experience, those were flimsy and awkward to use, which is why I like the box better. Any sturdy box could be used (shoe box, postal box). The boxes in this picture were stacking gift boxes that held chocolate covered nuts (a Christmas gift), and they worked out perfectly. (By the way, Sam’s Club has these chocolate covered nuts in the same stacking boxes every year, and they are awesome!)

Place about three letter manipulatives on a tray, cover them with a cloth, and take one away. When the letters are uncovered, children guess which letter is missing. Children find the letter that is missing among their own set of letter manipulatives. If the children are very interested in writing, they can write the letter that is missing on a dry erase lap board. To increase the difficulty of this game, try using 4 or 5 letters. Another options is to place three letters on the tray, cover them, and ask the children to recall all three letters that were on the tray.

I made these path games using stickers bought in a craft store (scrapbooking section), and I made individual mats with about 10 letters on them. Each child gets a mat, a game piece, and some plastic chips to cover the letters on their mat. They roll the dice and count out the spaces to move their game piece. If their game piece lands on a letter that is on the mat, they cover that letter with a chip. Play continues until they have covered every letter.
Other ways we use the path games: 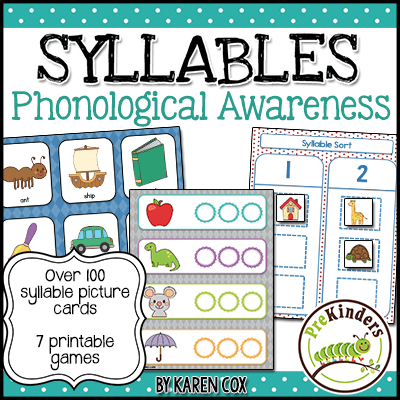